Every two years, at the end of each legislative session, the Legislature creates numerous Legislative Study Committees – comprised of lawmakers and public members with relevant expertise – to examine and 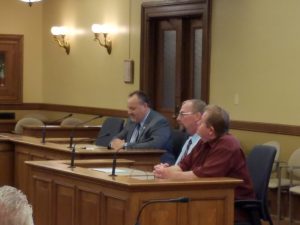 Study Committee on Investment and Use of School Trust Funds

The committee is focusing on how the state’s school trust fund should be managed and used in the future. Several members of the committee would like to adopt new investment policies to increase returns for the funds and would like to examine potential changes to the State Trust Fund Loan (STFL) program.

The state’s school trust funds are managed by the Board of Commissioners of Public Lands (BCPL). The funds are invested by the BCPL to produce earnings to support school libraries and public education. One investment vehicle administered by the BCPL is the STFL program, which provides loans to municipalities and school districts for public projects, including economic development, local infrastructure, and refinancing existing liabilities. The program is one of the largest public investors in economic development projects, investing over $1 billion in communities across the state over the last decade.

In light of legislation introduced last session (which ultimately failed) that would have eliminated the STFL program, WEDA is concerned about the committee’s intent to examine the program and any potential legislative recommendations it makes that would harm the success of the STFL. For that reason alone, it’s critically important for WEDA to be part of the study committee process, and by presenting before the committee, Patrick provided WEDA (and economic development) with a voice in the discussion.

He testified at the second meeting of the study committee on Sept. 5 and did a tremendous job highlighting the importance of the STFL program to economic development in Wisconsin. Along with Phil Cosson, another WEDA member Senior Municipal Advisor at Ehlers, Inc., he explained to the committee the need for the program and the benefit it provides to communities in terms of flexible, low-risk and easy to navigate financing for local economic development projects. Their testimony was also effective in countering comments by the Wisconsin Bankers Association that the STFL program unfairly competes with banks and should be a lender of last resort for municipalities.

Heading into the next committee meeting, which will be held Oct. 11, committee members were asked to consider numerous issues for discussion, including potential changes to the STFL program. While the committee generally acknowledged that the program should not be eliminated, several members expressed a desire to implement “reforms” that would require municipalities to contact banks for potential financing before applying for a STFL loan.

WEDA’s Government Affairs Team will continue to monitor and engage the committee on key issues of interest to the association and our members.

Under the dark store theory, large retailers and other commercial properties argue their stores (or buildings) should be valued as if they were empty or “dark,” rather than a thriving, active business. This selective application of the property assessment methodology benefits one property taxpayer over another. While a handful of large retailers would benefit from lower property taxes, homeowners and local businesses would be forced to shoulder a much larger tax burden. The dark store loophole also jeopardizes the financial viability and success of Tax Incremental Financing in Wisconsin. WEDA supported legislation in the 2017-18 session that would have closed the dark store loophole. The bill ultimately failed to pass.

In his 30-minute testimony before the committee, Schloss explained the importance of tax incremental financing (TIF) as a key local economic development tool, highlighting his successful experience with TIF law in West Allis. He also educated committee members on the negative impact dark store-related property tax assessment appeals can have on the financial viability of a TIF district.

At the end of the meeting, members were asked by the committee chair to offer additional discussion topics or potential policy recommendations for consideration by the committee at the next meeting, scheduled for Oct. 9.

WEDA’s Government Affairs Team will continue to monitor and engage the study committee on key issues of interest to the association and our members.

The beginning of the 2019-21 state budget process officially began this week, as state agencies submitted their two-year budget requests to Gov. Scott Walker. As part of the budget process, the governor’s office and State Budget Office will evaluate the agency requests for potential inclusion in the state budget bill that will be introduced early next year.

There are typically very few surprises in the agency budget requests, especially in recent years, as Walker has directed agencies to develop zero growth budget recommendations and identify significant savings when possible.

Tax relief, talent retention, and increased funding for worker training programs are the leading economic development-related issues in the budget requests and are key initiatives for Gov. Walker, who said “the priorities outlined in our agency budget recommendations will help us build the next state budget and make Wisconsin one of the best states in America for working families, students, and seniors and millennials alike.”

The WEDA Government Affairs team will continue to monitor the development of the 2019-21 state budget and will engage policymakers throughout the entire budget process. 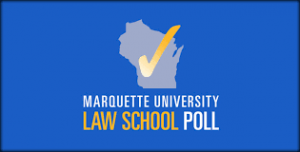 to the poll, conducted Sept.12-16, Evers leads among likely voters with 49 percent, while 44 percent backed Walker. Libertarian candidate Phil Anderson captured 6 percent. In the previous Marquette poll conducted in mid-August, Walker and Evers were tied among likely voters, with each receiving 46 percent.

Direction of the State

Wisconsin small businesses and homeowners impacted by the recent flooding will be eligible for financial assistance for repair, cleanup and other costs under two state new programs that will provide up to $4 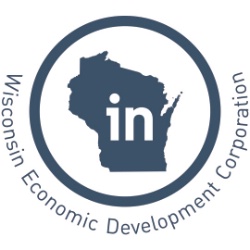 The Wisconsin Economic Development Corporation (WEDC), in conjunction with its regional partners, is unveiling a $2 million Disaster Recovery Microloan Program aimed at small businesses that will provide an immediate source of funds for necessary restoration work and related expenses.

In addition, the Wisconsin Housing and Economic Development Authority (WHEDA) is launching a new $2 million Flood Relief Loan program that will provide no-interest loans of up to $10,000 for repairing homes damaged by flooding.

“While the floodwaters have receded, we know hundreds of businesses and homeowners are still dealing with the costs associated with the flooding that hit much of the state,” said Governor Walker, who announced the programs last week. “We are implementing these new programs to give residents and business owners an immediate source of funds to make needed repairs without having to cut through a lot of red tape.”

The two programs are being announced as businesses and homes in 21 counties were damaged last month after heavy rains caused widespread flooding. More than 4,300 homes and 140 businesses have sustained more than $150 million in damage, according to preliminary estimates from Wisconsin Emergency Management.

Under the program, WEDC will award grants to regional entities that will provide the microloans of up to $15,000 to assist businesses with a short-term source of funds for repair work and operating expenses until more long-term recovery funding can be secured. The no-interest loans have a two-year repayment period, with payments deferred for at least six months. Forgivable loans of up $15,000 may also be offered to small businesses. The loans can be used for procurement of cleanup and restoration services, operating expenses, temporary space, and repair and reconstruction work.

“A natural disaster like the recent floods can have a devastating economic effect on small business owners as they struggle with having to repair damage to their business and other related expenses,” said Mark R. Hogan, secretary and CEO of WEDC, who also attended Friday’s announcement. “This new program provides an immediate source of funds to help impacted businesses quickly recover from this disaster.”

To be eligible for a loan, a business must be located in or directly adjacent to a region where the authorized regional entity has received an allocation; must have suffered measurable physical damage because of the disaster; and must intend to resume business operations in the community as quickly as possible. While the loan program will be available to businesses in all 72 counties, WEDC is initially working with regional entities in the areas of the state that were hit hardest by the flooding: The Mississippi River Regional Planning Commission, the Southwestern Wisconsin Regional Planning Commission; and the Madison Region Economic Partnership (MadREP).

CLICK HERE for more information about the microloan program.

♦ Gov. Scott Walker is urging state senators to pass a multimillion-dollar incentive package for the Kimberly-Clark Corporation before the end of the month in an effort to keep at least one of the company’s Fox Valley plants open. However, the Republican-controlled Senate, which does not currently have enough votes to pass the legislation without Democratic support, is unlikely to return to Madison to take a vote before the November elections.

♦ State schools superintendent and Democratic gubernatorial candidate Tony Evers would like a 10% increase in K-12 school funding in the next state budget cycle. The Department of Public Instruction, which Evers oversees, submitted an agency budget request to Gov. Scott Walker’s office that is seeking $1.4 billion in additional funding for Wisconisn schools.

♦ According to the Wisconsin Department of Revenue (DOR), preliminary 2017-18 general fund tax collections increased by 4% over the previous year, totaling slightly more than $16 billion.

♦ UW-Green Bay, the City of Green Bay and Brown County leaders recently broke ground on a $15 Million STEM Innovation Center. The project, funded by taxpayer dollars and private donations, includes the creation of a Mechanical Engineering program at UW-Green Bay. The project, a 2018 CEDA Award finalist, will help meet the region’s workforce needs in engineering and technology, bolstering economic growth and allowing the region to remain competitive in the manufacturing sector. The building is scheduled to open in August 2019.

♦ WEDC has introduced their “Supplier Readiness Series: Foxconn and Beyond” as a next step for Wisconsin suppliers to get involved in the Foxconn project. Workshops will be held over the next week in Racine, Green Bay, Superior and Madison, and are currently open for registration. The workshops are designed to prepare Wisconsin suppliers for the opportunities presented by Foxconn’s investment and will provide attendees with an introduction to the vendor readiness process the company will follow. More information can be found at Supplier Readiness.