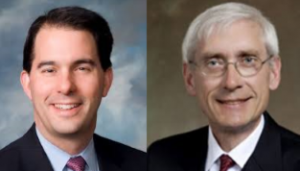 With less than four weeks until the Nov. 6 election, the poll found 47 percent of likely voters supported Walker, with 46 percent supporting Evers. Libertarian candidate Phil Anderson captured five percent. The poll results were a significant improvement for Walker over the September Marquette poll that had Evers up by five points, 49 percent to 44 percent. However, Evers maintained a lead among independent voters in the latest poll.

Please find below highlights from the new Marquette poll, which was conducted Oct. 3-7:

CLICK HERE to read to review the full poll results.