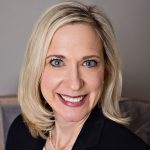 Thanks to common-sense reforms, smart fiscal management and continuing economic growth, our state budget has entered a new fiscal year in an outstanding position.

Both property and income taxes are lower this year than they were in 2010, and we have ended every fiscal year since 2011 with a surplus, including a larger-than-expected surplus that allowed more than a half-million Wisconsin households to receive a $100 per-child sales tax rebate in recent weeks. Looking ahead, the Back-to-School Sales Tax Holiday will run from August 1 – 5, 2018, helping families save money when they buy school clothing, computers and supplies.

In the current state budget, we eliminated the state property tax for the first time since 1931 and we continued to deliver income tax relief, all while managing our state’s finances in a smart, effective and prudent fashion that also allowed us to make record investments into K-12 education. Working in partnership with the Wisconsin Legislature, the state has delivered thousands of dollars in income and property tax relief to typical Wisconsin families since the Governor took office.

Today, our state’s budget and financial outlook are strong. Consider the following:

Our good fiscal management has also allowed for the inclusion of more than $6 billion for transportation, including the largest increases for local governments to fix roads, repair bridges and fill potholes in at least two decades.

Reducing the tax burden, historic investments in education and roads, and good fiscal management have contributed to the historic positive results for Wisconsin. The unemployment rate is at a record low, employment is at an all-time high and the state’s per capita GDP growth rate ranked 11th highest in the nation from 2010-17.

The state’s finances are in great shape, and we are ready to win the 21st century.