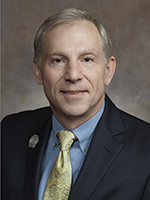 Economic development continues to play a very significant role in Wisconsin’s strong economy. As a state, we need to do all we can to ensure that various tools promoting economic development are on the table. One of these tools is the Wisconsin Historic Tax Credit Program, which has been successfully used hundreds of times across the state.

During the 2017-19 biennial budget, Wisconsin’s historic tax credit program was capped at $500,000 per project. Knowing how important this tax credit is to economic development across the state, I worked with my colleagues in the Legislature, Governor Walker, local officials and economic development groups around the state to address the cap. Through legislation which has been approved by both the State Assembly and State Senate, the cap on the program would be raised to $3.5 million per project. The new cap would help ensure the viability of countless projects across the state, while still being fiscally responsible.

The historic tax credit program is a vital tool for the redevelopment of historic areas throughout Wisconsin. Developers and local municipalities have successfully used it to help reinvigorate hundreds of historic structures. These structures have often been turned into affordable apartments and vibrant local businesses. This is a low-risk, high-return program that has spurred hundreds of great projects in both urban and rural areas.

In 2014, 60% of all projects using the tax credit were vacant for more than 20 years. A recent study by Baker Tilly has shown that over a 10-year period the historic tax credit has created an $8 to $1 return on investment for the state. The study has also shown that the credit generated over $600 million in total economic output between 2014 and 2016.

Without this credit, many of these abandoned historic structures will continue to remain vacant and will likely decay, causing blight in our local communities. The historic tax credit provides an opportunity for communities, often small, to breathe new life into old and often vacant historic structures. I am honored to have authored legislation that will ensure the historic tax credit remains viable into the future, and I thank the many supporters who have moved this bill forward.