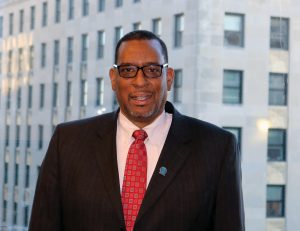 Vincent A. Rice has been named WEDC’s vice president of the Sector Strategy Development Division. Rice comes to WEDC from the Wisconsin Department of Workforce Development (DWD), where he had been a program manager for the Division of Employment and Training since 2012. In that role, he evaluated the talent requirements of different industries and created targeted training programs to meet those needs. He also led efforts to improve collaboration and communication between business community and the agency.

Previously, Rice served as division vice president and general manager for RMT Inc. (formerly a division of Alliant Energy Corp.) from 2006 to 2009; as a business director for the Aerospace Division of Honeywell International Inc. from 2001 to 2006; and as a product development manager and a product line manager for Corning Inc. from 1995 to 2001.

Allegheny Technologies Incorporated (ATI), a global manufacturer of technically advanced specialty materials and complex components, is expanding its operations in Cudahy with a $95 million project expected to create about 125 jobs and help the company meet the growing demand from the aerospace jet engine market.

ATI now has three iso-thermal presses at its Cudahy iso-thermal forging center of excellence and is adding a fourth, along with additional heat-treating capacity, to meet growing aerospace market customer demand. The project will take about three years to complete and fully qualify for aerospace-related production.

To help ensure that the expansion occurs in Wisconsin, the Wisconsin Economic Development Corporation (WEDC) is awarding the company up to $7 million in state income tax credits over the next seven years under its Enterprise Zone Tax Credit Program. The actual amount of tax credits ATI will receive is contingent upon the number of jobs created and retained, and the amount of capital investment over that time.

United Alloy Inc. (UAI), a serial production metal fabrication and powder coating company, is expanding its operations in Janesville, a project expected to create up to 66 jobs over the next three years.

The new 100,000-square-foot facility will be located on a 17-acre lot adjacent to the company’s existing building on Kennedy Road. The $15 million project also includes a 7,500-square-foot addition to the current facility and the installation of new equipment at both buildings. The new facility will include an entirely new painting system that would occupy about one-fourth of the building, while the rest of the facility would be use for assembly and loading areas for trucks. Construction on the expansion will begin in March and is expected to be completed by January 2019.

WEDC is supporting the project by authorizing up to $560,000 in state income tax credits over the next three years.

A portion of the South Pointe Business Park in Sparta has been designated as a Certified In Wisconsin® development-ready site, a move that will help the city better compete for corporate expansion and attraction projects.

The 114-acre site at the park, located just off Interstate 90 and State Highway 27 in Monroe County, is the state’s 18th Certified Site. Certified In Wisconsin designation gives site selectors and business owners confidence that building plans will not be held up by costly delays in permitting and approvals.

The Certified In Wisconsin Program, which is overseen by WEDC, provides potential tenants with all the information needed to make quick decisions about whether that site is right for their needs, such as utility and transportation infrastructure, environmental assessments, quality of available labor force and more. WEDC is utilizing Deloitte Consulting to help evaluate sites potential Certified Sites. WEDC markets each Certified Site through its Locate In Wisconsin website.

Two regions of Wisconsin – Sheboygan and Manitowoc – have received national recognition for their economic development successes in Site Selection magazine’s annual ranking of top metro areas in the U.S. for corporate facility investment projects in 2017.

The Sheboygan area, which had 11 projects last year, is ranked No. 6 nationally among metro areas with populations of less than 200,000, a dramatic jump from its No. 31 ranking in 2016. Manitowoc, which had eight corporate investment projects in 2017, was tied for seventh place in the magazine’s 2017 ranking of the top micropolitan areas in the U.S. A micropolitan statistical area is one or more adjacent counties that have at least one urban core area of at least 10,000 but less than 50,000 population.

To determine the rankings, Site Selection focuses on corporate facility projects with significant impact to the state, such as corporate headquarters, manufacturing plants, R&D operations and logistics sites. These new business facilities and expansions are chosen based on specific criteria, which include capital investment, job creation and square footage.

Wisconsin’s export growth in 2017 was generated by significant increases in shipments to Canada, Mexico and China, the state’s three largest export destinations. Exports to Canada grew by 4.3 percent to $6.9 billion, driven by increases in the export of miscellaneous mineral products and electrical machinery. Exports to Mexico were up 4.8 percent to a record $3.2 billion, mostly because of an increase in the export of electrical machinery and oil seeds (primarily soybeans). Exports to China jumped by 21.6 percent to $1.7 billion in 2017 – also a record for exports to that country. Driving the growth in exports to China were increases in the shipments of aircraft and parts; industrial machinery; dairy products; wood and wood products; and raw hides and skins.