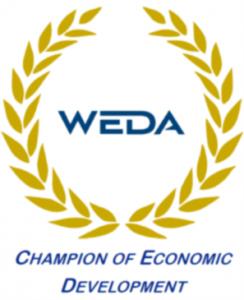 State legislators who exemplify WEDA’s mission of promoting economic development and are committed to making Wisconsin a better place to live, work and do business through policies that advance economic growth are recognized as Champions of Economic Development.

At the end of each two-year legislative session, WEDA presents the award to lawmakers who exhibited an exceptional commitment to growing Wisconsin’s economy based on several factors, including:

This year WEDA will present a total of 20 legislators with the “Champion of Economic Development” award for their efforts during the 2021-22 legislative session.